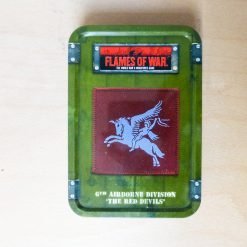 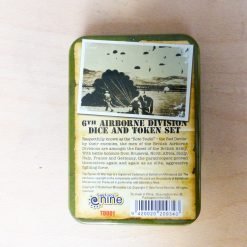 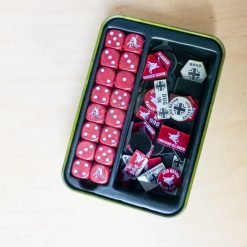 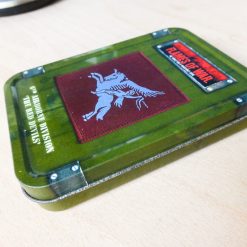 This gaming aid was produced by Battlefront Miniatures for their 15mm wargame, Flames of War. It was purchased many years ago for a FoW club which never happened. Another set of German tokens was also purchased – without a tin – and decanted into this item. The lucky new owner will therefore have two sets of tokens which have never been used. See photos.

The set is quite old and has remained in storage for many years. As a result, small patches of rust have started to appear on the bare lip of the tin. I have to say this is very in keeping with the retro look! However, the contents of the tin have never been used so remain brand new.

See above. Sold as seen. 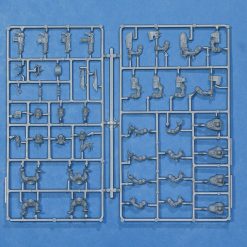 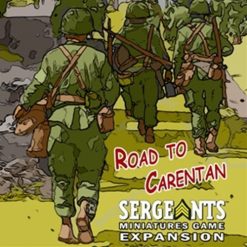 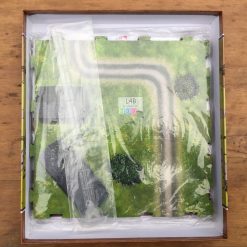 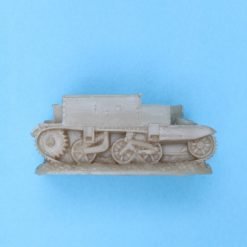 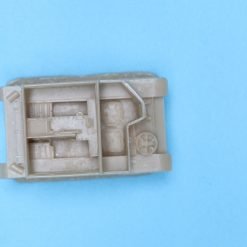 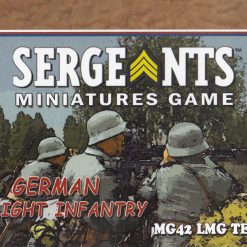