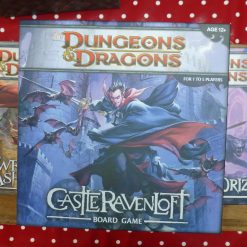 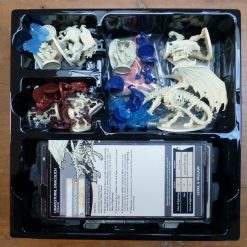 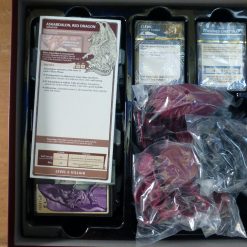 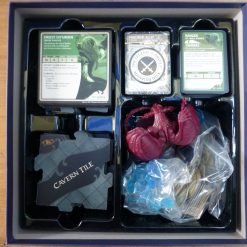 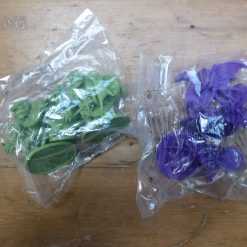 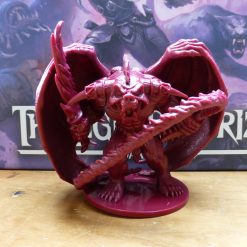 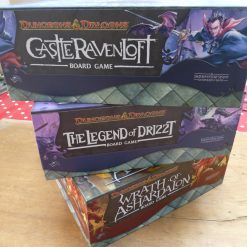 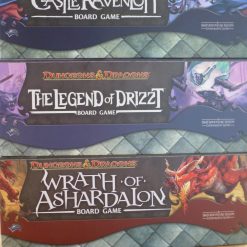 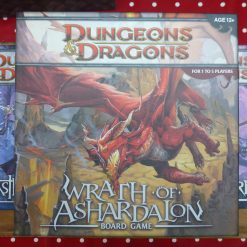 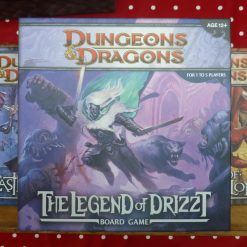 This is a unique opportunity to acquire the first three releases in the Dungeons & Dragons boardgame series. It includes new copies of each game:

In Castle Ravenloft, you play a heroic adventurer. With magic weapons and amazing spells, you must explore the dungeons beneath the castle where you will fight monsters, overcome hazards, find treasure, and eventually face the vampire lord Strahd! Are you ready for adventure?

A heavy shadow falls across the land, cast by a dark spire that belches smoke and oozes fiery lava. A cave mouth leads to a maze of tunnels and chambers, and deep within this monster-infested labyrinth lurks the most terrifying creature of all: a red dragon!

The Legend of Drizzt

The adventures of Drizzt Do’Urden, as told in the New York Times best-selling Forgotten Realms novels by R.A. Salvatore, come to life in this thrilling board game. Take on the role of the legendary drow ranger or one of his famous adventuring companions, battle fearsome foes, and win treasure and glory. Designed for 1-5 players, this board game features multiple scenarios, challenging quests, and cooperative game play. The contents of this game can also be combined with other D&D Adventure System Cooperative Play board games, including Castle Ravenloft and Wrath of Ashardalon, to create an even more exciting experience.

The D&D Adventure System features dungeon-crawling action and terrifyingly fun quests designed for a single player or a cooperative group of 1-5 players. Each quest can be played in an hour or less.

*May differ slightly from game to game.

Please note this item was acquired for a web demonstration of the D&D Board Game system but was never used. The card components were prepped, removed from their sprues by scalpel and bagged. As there are almost 200 tokens in the box, you may consider this a bonus! The game is in as-new condition with zero signs of wear or any indication of prior use. 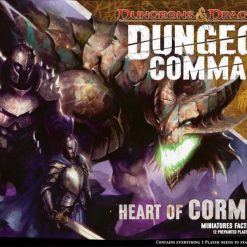 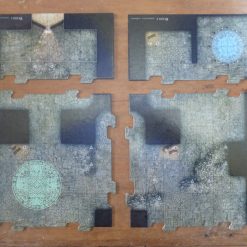