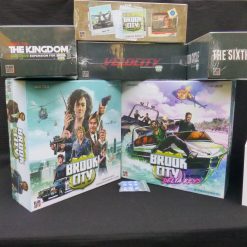 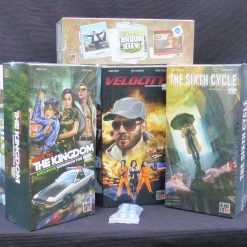 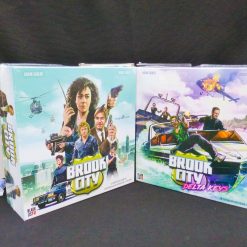 Brook City is a cooperative board game for 1-4 players, designed by Adam and Brady Sadler. The game features highly detailed miniatures and the Modular Deck System (MDS) introduced in Street Masters. In the game, players take on the role of heroic cops inspired by classic action movies and are tasked with protecting the city from the recent rise in criminal activity. Each game is dictated by the chosen criminal deck and case deck. These decks are modular and the different combinations of decks create unique experiences each game.

The game is played on a beautifully illustrated board of the city, where the cops must run or drive to various locations and bust up crimes. While cops start the game with a standard issue B.C.P.D. Cruiser, they can also commandeer many other types of vehicles on the streets of Brook City.

Included is the Core Game designed by Adam and Brady Sadler plus the Exclusive “Keys to the Kingdom” expansion that stars Ying Hua and Ah Long (from Street Masters) in a unique storyline that brings you even more content and even 3 crossover cards that make their Brook City version playable in Street Masters! In total, you’ll receive 69 miniatures, 412 cards, a beautiful game board of Brook City, custom dice, and all Unlocked Stretch Goals.

NB: Please note that the neoprene mat is not shown in the photos. The huge packing tube is approximately 1 meter tall with a diameter or 4 inches. This will be sent seperately. 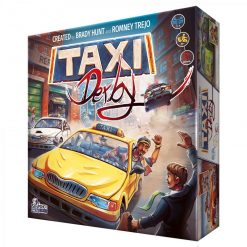 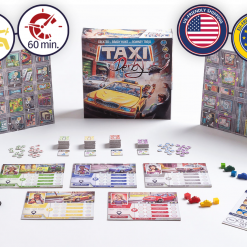