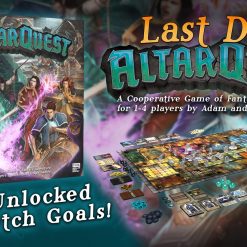 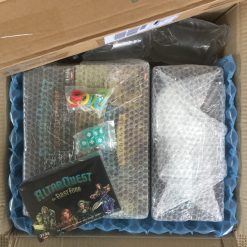 This is a very special bundle. It includes the full Altar Quest “Quest Tier” Kickstarter Pledge – plus all the available addons. It also includes Blacklist Miniatures: Fantasy Series 1 (Adventurer tier), a set of 201 high quality miniatures including an exclusive Kickstarter dragon!

Altar Quest is a cooperative game of fantasy adventure inspired by the classic dungeon crawling board games like Heroquest and Warhammer Quest that many of us grew up with. Using the Modular Deck System (MDS), introduced in Street Masters and Brook City, the game features incredibly modular gameplay using several different types of decks. Hero decks, threat decks, villain decks, and quest decks can all be mixed and matched along with altar cards, feature cards, and other game elements to create countless combinations of unique adventures. With an engaging one-off experience and narrative campaign play, Altar Quest offers players endless adventure in a unique fantasy setting with years of support planned for the game.

Please note, at the time of writing (09 February 2021) The Fantasy Series 1 is still on the boat from China! If you purchase this bundle it is understood that the fantasy set will be sent on as soon as it arrives.

Find out more about the minis, here… 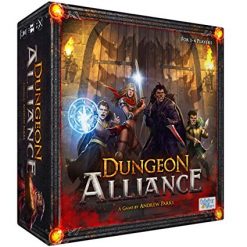 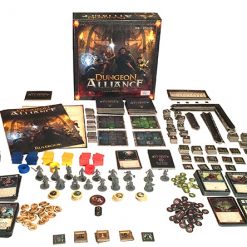